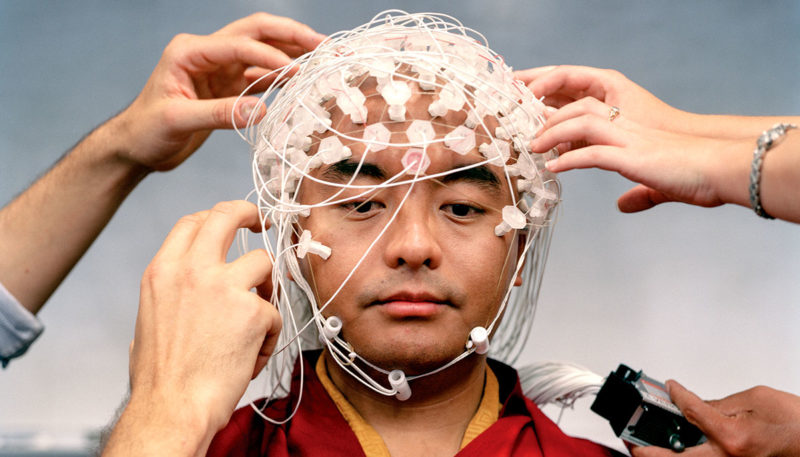 Using EEG measurements to investigate the brain of Tibetan meditation master Mingyur Rinpoche who has an incredible c. 62,000 hours of practice

Consider this amazing insight from the research Tim Ferris did for his 2017 book, Tribe of Mentors. To write it, he interviewed over 200 people who he considered to be at the very top of their respective fields and found:

“Despite the fact that these are people from tennis to surfing to cryptocurrency to fill-in-the-blank, like any field you can possibly imagine — some type of morning mindfulness or meditation practice would span I’d say 90% of the respondents.”1 Tim Ferris

I was pretty surprised by this and find it really interesting that almost all of these super-high performers have a meditation practice. Of course ‘correlation does not imply causation’ but it does makes you wonder whether this could somehow be a part of their success. I’m sure there are a whole range of factors, however, the research into the neuroscience and psychology of meditation to date suggests that meditation can indeed give you a number of positive benefits and cognitive advantages. In this article, we’ll take a look at some of the most interesting findings so far.

As I pointed out in my previous post on the rise of meditation, the neuroscience of meditation (‘contemplative neuroscience’) has taken off in recent years. That said, our understanding of the brain, and of meditation in particular, is still pretty limited. So whilst we have some early clues as to what is going on inside the brain, we are still far from a complete understanding, particularly when considering the science of Enlightened states of consciousness.

Nevertheless, what we do know already is cause for excitement! The benefits are quantifiable with even very small amounts of meditation and they continue to strengthen and evolve over time. So, what do we know?

This is perhaps the first thing most of us think about, partly because of the image we have of people in seated meditation. This impression is backed up scientifically, and even only 15 minutes of meditation is enough to calm you down, slowing the heart rate and breathing as well as lowering cortisol levels almost immediately.2

With practice, this relaxed state can become a persistent mental trait. Continued meditation practice has been shown to physically reduce the size of the stress centre of the brain: the amygdala. 3 The amygdala plays an important role in creating feelings of fear, stress and anxiety. It’s an old part of the brain which was useful for keeping us alive on the Savannah but which today reacts to the onslaught of modern stimuli and can often wreak emotional havoc. 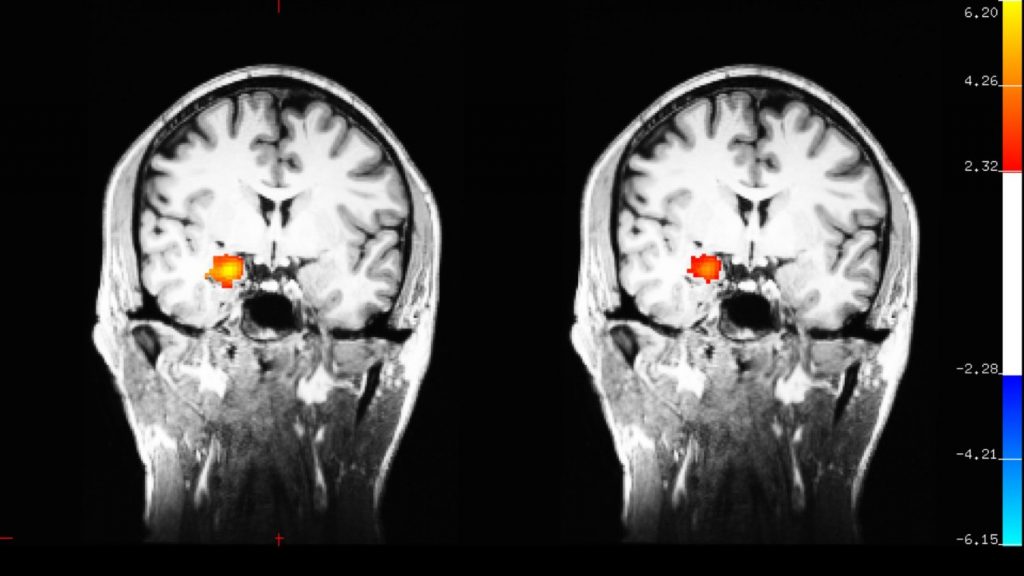 The amygdala response to emotionally intense images before (left) and after (right) an eight week meditation course. Credit: Gaelle Desbordes

The ability to concentrate and remain attentive to whatever you are doing is arguably a person’s most fundamental and important skill. It is essentially a prerequisite for everything you do including learning new skills, performing tasks as you intended and even being present to properly enjoy positive experiences.

“The education of attention would be an education par excellence.” William James – 20th century philosopher and psychologist who unfortunately never discovered meditation

Given that most meditation techniques involve keeping your attention on a chosen meditation object, it is no surprise that this ability is strengthened as a result. It turns out that meditation is an extremely effective tool for training concentration and focus. Only 20 minutes a day for as little as five days is enough to see significant improvements in ‘Attention Network Test’ scores (a test commonly used in psychology to assess a person’s ability to remain focused and deal with distractions).4 Concentration and focus continues to improve with more hours of meditation and the benefits persist even if you stop practicing.5 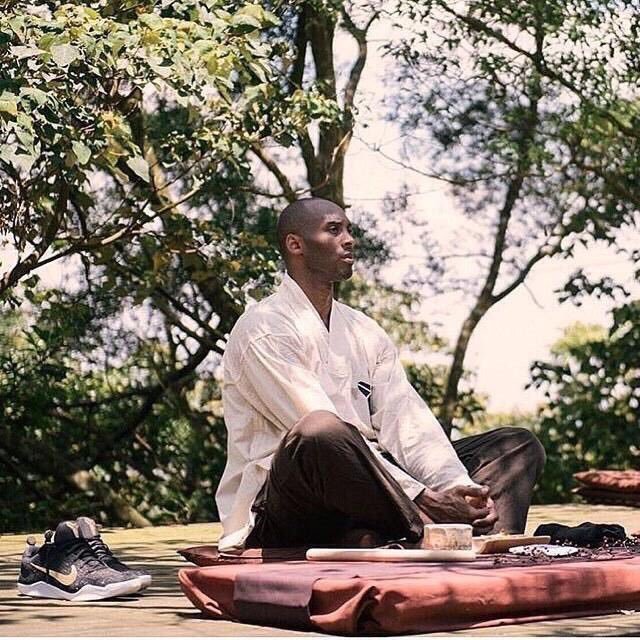 Until researchers did experiments with experienced meditators, it was thought that Alpha brain waves (which are characteristic of deep yet relaxed concentration) were never present with the eyes open. In most people, the distraction of having the eyes open results in the normal waking Beta wave brain state. Since this was observed even when the individuals were not meditating, it suggests a neurological trait change. The interpretation of this is that the meditator is capable of maintaining a constant state of undistracted, relaxed, yet focused awareness.

‘Brain waves’ are a measurement of the electrical activity of neurons across the brain firing together in a certain rhythm or frequency. When the majority of the brain is firing at a certain frequency, we say that the brain is in an Alpha (or Beta, Theta, etc. depending on the frequency) dominant mode.

Does meditating make you smarter? Well, defining intelligence is pretty difficult but what we do know is that meditation can improve many of the facets of cognition that we usually associate with intelligence. Researchers have found improved IQ scores, better short-term memory and greater cognitive flexibility.6

Experiments have also shown that mindfulness practice can improve a person’s ability to make rational decisions. This, in part, comes back to the improvements in concentration and stress management which allow the person to keep a level head but is also related to a reduced susceptibility to bias. Researchers have shown that meditation helps you understand and respond to situations more clearly. This has been shown to enable people to make better financial decisions7 and reduce stereotyping behaviour.8 (Meditation has even been shown to make people less racist.9) 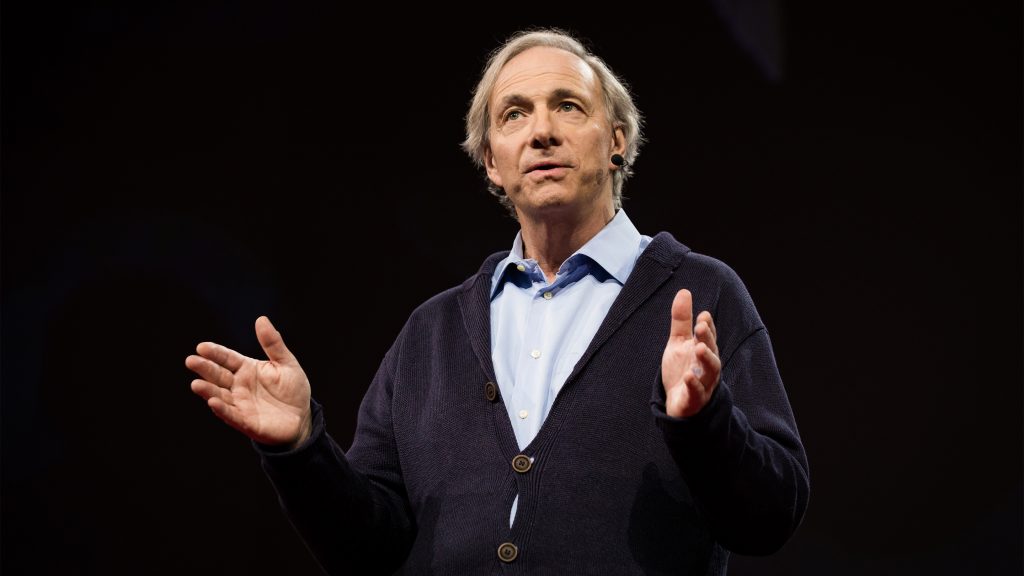 “Meditation more than anything in my life was the biggest ingredient of whatever success I’ve had” – Billionaire investor and hedge fund manager Ray Dalio Photo: Bret Hartman

These cognitive benefits can also be seen directly in the physical brain structure, experienced meditators have thicker cerebral cortexes10, higher density of neurons in many regions11 and the characteristics of younger brains.12

Good for your body as well

Meditation practice has also been shown to have a range of positive impacts on the body as well as the mind. To list a few, researchers have attributed meditation to; reducing pro-inflammatory gene expression13, improving regulation of insulin secretion14, lowering blood pressure15, alleviating chronic pain16, healthier telomeres (the caps protecting on the ends of your DNA, which are closely linked to the process of ageing – think the plastic ends on your shoelaces keeping them from fraying)17 and even contributing to clearer skin for psoriasis sufferers18.

Whilst all the benefits listed above are great reasons to meditate, they were never the intended ‘goal’. The aim of meditation has always gone further – to achieve the permanent state of Enlightened consciousness. This is an incredibly misunderstood term and each person usually has their own impressions of what it means. So much so that I hesitate discussing it, however you can not talk about the benefits of meditation without saying something about Enlightenment.

I plan to tackle this topic in more detail in future posts but for now I’ll just say that Enlightenment, as a subjective state of experience, is real and achievable with dedication and the right instructions (not that I am not even close). In a sentence, Enlightenment can be understood as a permanent state of liberation from the part of the subconscious mind which creates craving or aversion to every experience. This has a number of other effects such as realising that the sense of self, as we intuitively think of it, does not exist. For now however I’ll focus on the topic of this post, i.e. what does it look like in the brain?

Well, although science has recently opened up to meditation, research has been predominately focused on clinical applications such as anxiety, depression, addiction, etc. This is not surprising, since funding has to come from somewhere and the ‘industry standard’ approach to meditation, MBSR, is explicitly clinical. Therefore, only a small number of papers have focused on the question of what an ‘Enlightened brain’ looks like.

One of the most exciting findings we have so far on this comes from a study performed by Prof Richard Davidson’s lab in Madison, Wisconsin19. Together with his team, they took EEG and fMRI readings from the brains of 21 yogis, each of whom had between 12,000 and 62,000 hours of lifetime meditation practice and had completed at least one three-year retreat (meditating 8 hours a day for 3 years, 3 months and 3 days…!). What they found, amongst other things, was that these meditators (most of whom are globally accepted to be Enlightened by the Buddhist community) exhibit consistent, very high amplitude, Gamma brain wave EEG patterns. 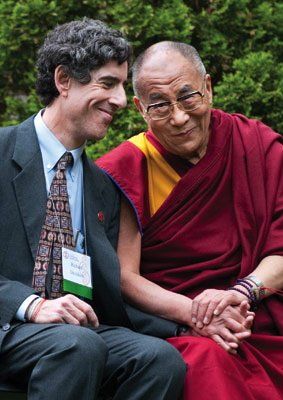 Prof David Richardson and His Holiness the Dalai Lama being bros

This is really, really, amazing. Gamma brain waves are the fastest brain waves we experience and in the average person these are only seen occasionally for fractions of a second at a time. They correspond to ‘Aha’ moments of problem solving or creative insight. For example, you can measure them in experiments in the moment just before a participant finds the solution to a riddle. For these very experienced meditators, Gamma waves were always present, whether meditating, at rest or even asleep20. The question is, what does that mean? How do we interpret someone being constantly in a state associated with the peaks of human cognitive power? Prof Davidson asked himself the same question and points to a 14th century Tibetan text for a potential description of what the subjective experience of this state may be like:

“Effortless and brilliantly vivid, a state of relaxed, rootless wisdom;

As meditation continues to become a more mainstream and accepted area of academia, we will start to see more targeted studies asking what science can tell us about the states and traits achieved by extensive practice. I am hopeful that we will begin to gain scientific insights into the spiritual path and answers to some of the questions of consciousness that have been at the heart of many cultures and religions for millennia. As this body of knowledge matures, I’m very excited to see what impacts it will have for the future. 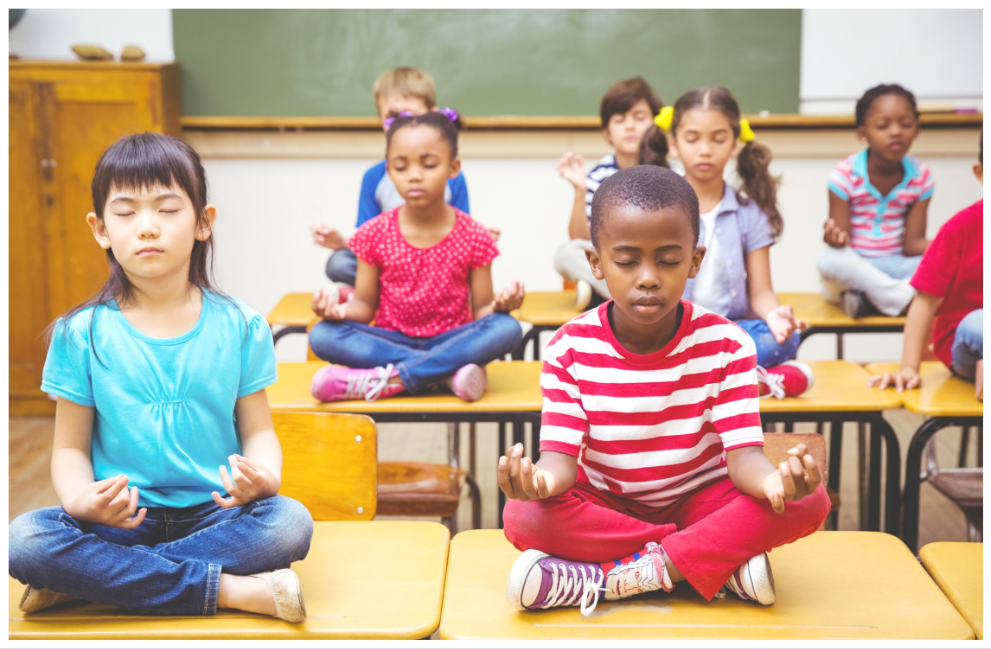 In any case, whether you’re just starting out or you’ve been meditating for many years, there are a huge number of benefits to practice, many of which weren’t included in this post. We will undoubtedly continue to uncover even more interesting effects and understand more of how meditation impacts the brain, mind and body. If this has motivated you to start with meditation check out my post on starting an effective meditation practice.

Thank you so much for reading this far, if you have any comments, questions or interesting points to add please leave them in the comments below. If you are looking for more on this topic, absolutely start out with Altered Traits (also published as ‘The Science of Meditation’), I’ve recommended it before and a lot of the inspiration for this post came from there. Otherwise, there is a lot that didn’t make it into this post so keep an eye out! 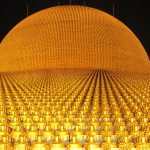 How to start meditating effectively today

What is it like to do a 10 day silent meditation retreat? 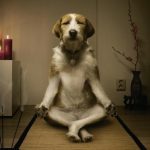 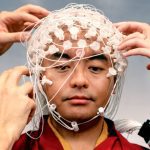